i dreamt of a serpent last night.

lately my serpent-dreams have been filled with apprehension and fear. i often feel overwhelmed by the snakes, and i wind up trying to hide them, avoid bites, and keep them from growing. as a teenager, i often dreamt of walking with snakes literally covering my feet, and i was comforted by them--so this newer set of dreams bothered me greatly.

but last night, i simply carried the snake with me, wrapped around my wrist. it appeared to be something between a garter snake and a ball python, and was very sweet. occasionally it would "bite" me, but it was more like the love-nips you get from a cat than an attack. when i woke up, i could still feel the energy of the serpent lingering along my wrist and hands...

i'm grateful for the vision--i'm sure it is a step towards reconciliation with my unconscious mind and a fullness of self.
Posted by omi at 9:37 AM No comments:

i may be in one of those phases where i can't watch any old thing before bed, or something gets disturbed. eastern promises wasn't any worse than many things i've seen, but sometimes i don't know what will set me off.

i think the moonstone i've been wearing has opened my perceptions and intuition. i'm probably more of a sponge than usual.

the cramps are starting...

and i have to spend the next 90 min or so slogging through the mass of hair on my head--which is why i should have been up 2 hours ago and probably never should have gotten on this computer. you know, no matter what i do to it, it still takes me forever to deal with it. always has...

Visit msnbc.com for Breaking News, World News, and News about the Economy

i agree with you, mr. president.

but i would love for you to say more about the kids who don't have that mother, grandmother, or anyone to push them, because that's really what makes the difference--and why many of these kids fall through the cracks. even you didn't avoid all the trouble out there (bless you for refusing the "holier than thou" angle).

poverty and lack of opportunity can be overcome, most definitely. ultimately, children growing up in families with appropriate priorites who just happen to be poor are the ones most likely to have stories like yours & judge sotomayor's.

but the larger the cracks in the foundation, the bleaker the prospects become. that's not an excuse, it is simply a reality.

all sorts of abuse, drug addiction, familial dysfunction and a pervasive gutting of human dignity also contribute to our children's demise.

what of those whose poverty has been ground into their bones? what about how the psychology of poverty manifests in a capitalist society?

what of those who messed up and got caught? will we begin to reconsider the treatment of addicts and our drug policy? have you considered true prison reform so that those who have served their time can move on with their lives?

...i'm hoping those are the questions behind the "institutional" problems you noted, and things your administration plans to evaluate, at least on some level.

i appreciate the naacp as much as the next sista, but i am also keenly aware that their concerns, battles, and mentality have focused on the middle class and talented tenth segments of our community than those entrenched in the 'hood.*

to put it another way, i have no problem with this speech, but it feels like preaching to the choir.

now, the father's day bbq felt a little different. can we get more of that? thanks.

*i realize that dubois let go of some of that stuff in his later years, but--as is typical in western, either/or discourse--the damage was done as soon as the catchphrase had caught on. you were in or you were out, period. bourgie black folks reveled while the masses shrugged. more reason to remain separate, to stunt collaboration.

i can show you better than i can tell you...

i should have known it would be easy to fall in love in a place like this. 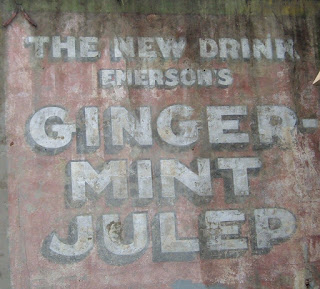 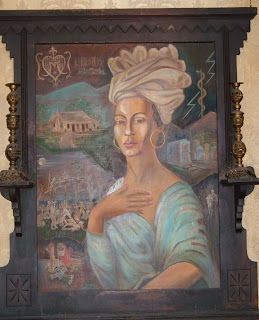 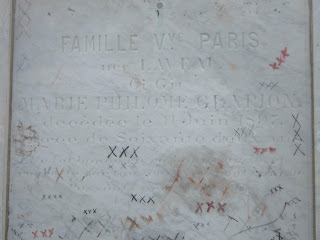 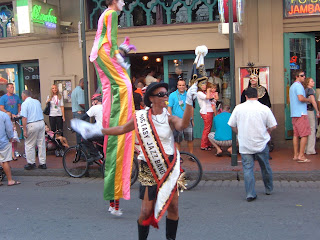 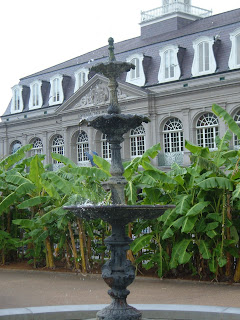 the pleasures & pains of the ancestors* 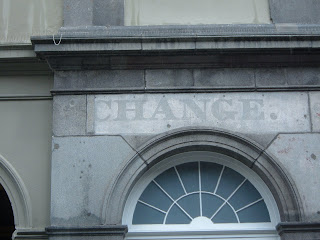 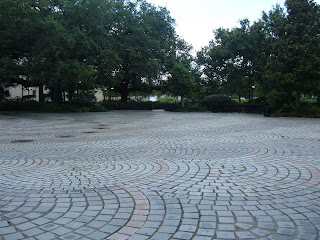 and the cultural triumphs of their descendants 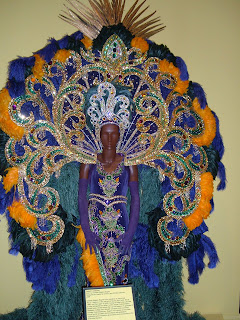 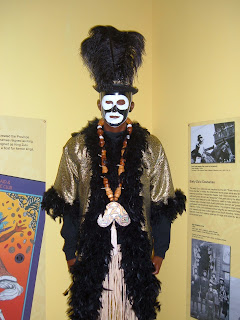 please trust me when i say i will return. within hours of my arrival, new orleans found her way to my heart and made herself at home.


*the current site of the omni new orleans hotel used to be known as the st. louis exchange hotel. slaves were sold there. the second photo is a detail of congo square.
Posted by omi at 2:38 AM 4 comments:

i feel like i'm seeing through a sort of veil, so i'm not sure what to take from it all. it feels like i've been handed a great deal of information, and i'm still trying to process it.

was introduced to a series by dr. jewel pookrum yesterday that proved to be very interesting. a lot of what she said was common sense, although i know to many it might seem far fetched and "impossible". however, if you've done any study of the chakras/meridians or done any in-depth traditional spiritual work, you'll probably see how it all comes together.

y'all know i don't repeat stuff unless it feels true, so i'll just pass that on and leave you to draw your own conclusions.

oh, and it looks like i'll be going to artomatic tonight, which makes me happy.

those are my random thoughts for the day. hopefully i'll return with something a little more cohesive over the weekend...
Posted by omi at 9:55 AM 2 comments:

letter to a young activist during troubled times